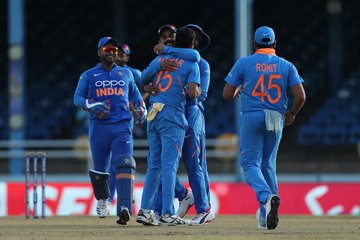 Indian team thrashed a low lying South Africa 3-0 in the recently concluded Gandhi-Mandela three match test series to take full 120 points which were offered, to consolidate their number one position in ICC World Test Championship. However, the Indian team faced a setback in the T20 series after Quinton De Kock’s led Proteas team won the third T20 to level the series at 1-1. The first T20 in Dharamshala was washed off due to rain.

The men in blue will be eager to bounce back in style and prove their mettle in the shortest format of the game when they take the ground against Bangladesh in a three match T20 series, starting 3 November. Rohit Sharma will take charge of the team in the absence of Virat Kohli, who was rested. Here’s a look at Indian cricket team’s schedule after South Africa series.